The Baltic area was an area of conflict in the early modern period. At the same time, the area was an export and trading region, providing civil and military raw materials like grain, timber, iron, and copper. Furthermore, explicit military commodities such as cannons, gunpowder, or firearms also found their way from the Baltic coasts to the European markets in Hamburg, Amsterdam, and London. The Baltic case study will take a closer look at this military trade and export, especially during a period when the Baltic powers (Sweden, Denmark-Norway, Poland-Lithuania, Russia, Prussia, Gdansk, Northern German principalities, Courland, etc.) were nearly constantly involved in military conflict. The study will thus contextualize these wars (known as Northern Wars or Baltic Wars) within the European military economy, and reflect on interdependences of export, trade and war within the region. 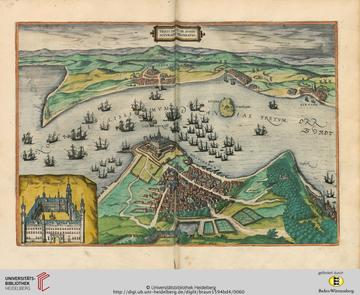 This is mostly possible due to the geographic peculiarity of the Baltic Sea with just one navigable strait in and out of this region, the Øresund. Moreover, the survival of the register books which accounted the Sound Dues for the Danish monarchy and logged all passages through the strait allows for a quantitative study of Baltic military export and import. The Sound Dues were collected between 1429 and 1857, and from 1574 on, the registers are nearly complete. The register books have been digitalised by Sound Toll Registers Online (STRO; http://www.soundtoll.nl/index.php/en/welkom) and allow for further analysis, even without leaving the desk at home.

Additionally, this quantitative study on the Baltic military trade will be complemented by research on the actors behind this trade, the military entrepreneurs, manufacturers of cannons, gunpowder, and firearms, the skippers, the traders, the craftsmen, and the financiers. This quantitative study will be published with The Northern World book series (Brill, https://brill.com/view/serial/NW?language=en).

Further academic output from the Baltic Case Study will analyse the wars of the late sixteenth century (Livonian wars, first Northern Wars) in regards to future military developments in the Scandinavian realms. A discussion of the logistics and organisation of warfare is going to shed further light into a pivotal moment of change within the Baltic fiscal-military system, more specifically within the two Scandinavian kingdoms dominating the Baltic region for most of the early modern period.