The two-year case study on Genoa will begin in autumn 2019 and examine a hub which was capital of an autonomous urban republic forming part of the Holy Roman Empire, and thus contrasting politically with the other selected cities. It will investigate (i) 1560-1609 when Genoa was the pivotal hub for Spain’s Mediterranean empire, as well as a centre for international credit. This will allow a contrast with Amsterdam which broke free of Spanish control during the Dutch Revolt. Additionally, it will directly complement the studies of Amsterdam, London and Vienna by (ii) examining c.1690-1714 as Genoa shifted amidst intense international competition from being the hub for Spanish fiscal-military transactions to become central to French (and to a lesser extent British and Austrian) ones as thousands of foreign troops moved through the city’s port and those of nearby Ligurian towns. As it will show, these soldiers did not go to war alone; alongside them went dozens of cannons, thousands of horses and pack animals, hundreds of thousands of pieces of specie, and near-endless amounts of grain, powder, musket balls, clothes, and medicine all facilitated through Genoese merchants, bankers, ambassadors, and shipowners.

Following these movements of supply will enable the Project to encompass fiscal-military transactions across the wider Mediterranean at a crucial period in the wider development of the European states system. Sources include the Genoa city archive, records of individual banking houses, and correspondences from British, French, and Austrian diplomats and military officials in Genoa as well as Lisbon, Gibraltar, Barcelona, Algiers, Florence, Naples, Venice and Constantinople. 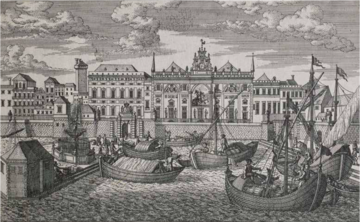