Geneva provides a contrast with the other hubs in three respects: its status as an independent city-state (formally from 1603), as well as being the centre for international Calvinism and a major banking centre tied particularly closely to France and Northern Italy, while also enjoying extensive links to Amsterdam and to the Swiss Confederation (particularly the Canton of Bern). These features made Geneva into a neutral hub in which enemies could negotiate loans for military resources and exploit an open market of credit. After the slump in Lyon’s money market in the last decades of the seventeenth century, and in particular following the Revocation of the Edict of Nantes (1685), Geneva’s position in the French fiscal-military ‘system’ was solidified and it could then act together with Lyons to generate huge sums internationally to fuel the war efforts of both France and her enemies.

Starting in autumn 2019, this three-year case study will explore (i) the rise of Geneva as an international merchant banking city down to the end of the Thirty Years’ War (1580s – 1650s); (ii) its development into a prominent hub within the French system of fiscal-military transactions around 1700; and (iii) how Genevan bankers (and the republic as a whole) adapted to Geneva’s annexation to the French Republic (subsequently First French Empire) after 1798.

The first part of this case-study will entail a detailed examination of Geneva’s strategic importance in the years following the French Wars of Religion, when the city was exposed to the attacks of its long-time enemy and supposed feudal overlord, the House of Savoy. Genevan (and indeed Swiss) connections to Turin remained strong, however, and these will be assessed, particularly in light of the House of Savoy’s efforts to borrow in Geneva in the 1690s and again during the War of the Austria Succession.The second part of this study will focus on the Genevan banking patricians themselves in the years after 1685, and will investigate how they came to be assimilated into particular networks of revenue-raising and lending, in conjunction with bankers in Milan, Genoa, St-Gallen, Bern, and Basel. Beyond finance, the importance of military intelligence and espionage in Geneva’s role as a hub will be analysed. 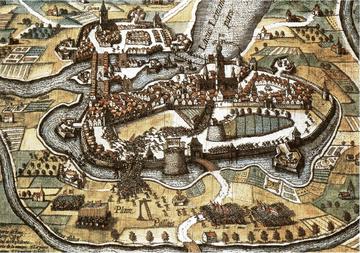